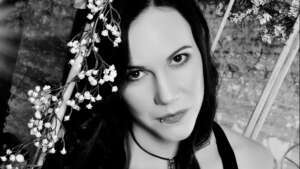 Jamie-Lee achieved her National Diploma in Performing arts at Thomas Danby in Leeds. Other than Aidey, Jamie-Lee is the longest serving member of Murder One! She appeared as Marlaina Goff in our popular murder mystery show adapted for theatre, playing the sister of a missing girl during a police appeal. She’s also starred in many short films, mainly horror –  Jamie-Lee says she must have the face for it! An actor, singer and dancer, she’s also appeared in many online productions. When not appearing in murder mystery events you’ll find her dressing up as a princess for childrens parties on a weekend.

Jamie-Lee also works as a gym instructor and massage therapist during the week.

If you’ve seen her in action then please do leave a comment below!