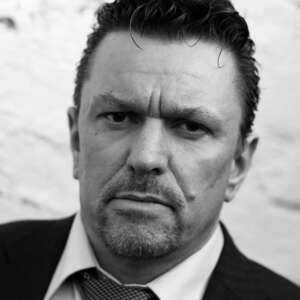 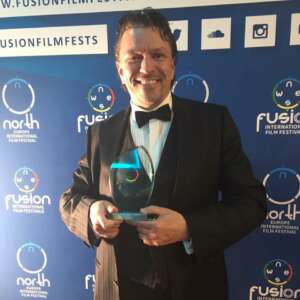 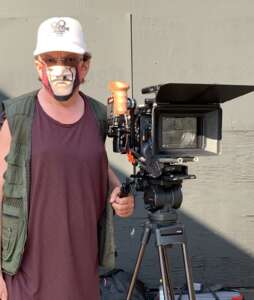 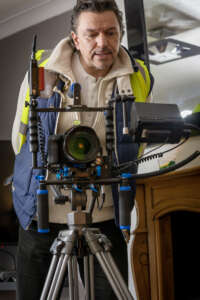 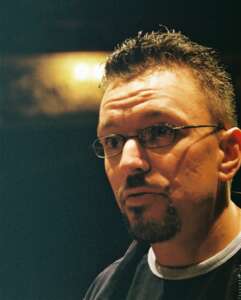 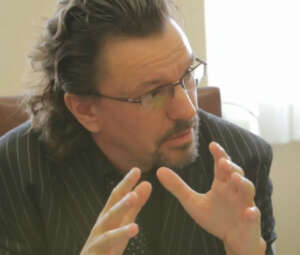 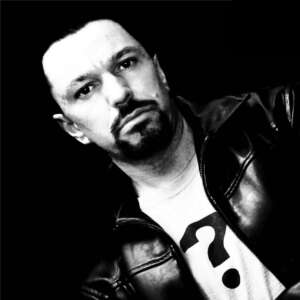 The brains behind Murder One, Aidey writes, directs, produces and appears in his Murder Mystery events, and has done since 1987! Taking a break from his whodunnits Aidey has recently appeared in the BBC1 sitcom, Hospital People, written by and starring Tom Binns, as part of the BBC’s Comedy Playhouse season (see clips in Aidey’s showreel at below).

In 2018 Aidey won ‘Best Director’ and ‘Best Feature Film’ for The Goodbye Girl at the Out Of The Can Film Festival which had over 2000 entries from over 35 different countries. His latest feature film, Flower Boy is now on Amazon Prime and reached Amazon Prime’s Top Recommended Films.

Aidey’s worked as an actor since 1987 in numerous Theatre In Education projects including the devising and encouraging of drama productions for people with learning difficulties and has performed Road Safety plays for primary schools throughout the UK. With 34 years experience in WhoDunnit Murder Mystery events Aidey is the founder of Murder One and works as a script writer, director and producer, as well as acting on the events. Several years ago he adapted his Murder Mysteries for years 6 to 13 with the emphasis on these whodunnits being a unique way in which to develop and improve students’ communication, teambuilding and presentation skills.  In addition, he’s travelled to India (which was covered on CNN!) and Pakistan to stage the very first murder mystery events in those countries.

Aidey has also worked in Theatre, Film & Television the other side of the camera, including behind the camera as 2nd AD in Channel 5’s “Premature Burial”, and as 1st AD and Production Assistant in many other productions.

“A Death Less Ordinary”, the first film Aidey wrote, produced and directed, was selected from hundreds of entries to be screened at one of the first Leeds International Film Festivals. He went on to write and direct the popular shorts “Marry Me, Please”, “Trampled”, “The Violation”, “Flowers Tomorrow”, the half hour mocumentary “Not On My Watch – The Clarence Newbold Story” and others which have enjoyed screenings at film festivals nationwide. Aidey has also written, directed and appeared in a mock Specsavers Advert and wrote and directed ‘Empty Spaces‘ – a short film that has been screened at film festivals in the USA.

Back in 1995, having obtained an agreement with Quentin Tarantino’s agent, Aidey adapted and produced the UK’s first stage version of Reservoir Dogs, with his theatre company “Shades Of Carnage”.

Other diverse work has included his performing as a pianist and MC in a Victorian Music Hall, and role acting work with the NHS and Police training centres nationwide.

Aidey prides himself on the unique interactive nature of his Murder Mystery events, the meticulous attention to detail, and the professionalism of his company and cast.

Edmund in ‘KING LEAR’; Tybalt & Mercutio in ‘ROMEO & JULIET’; Benny Blanco in ‘CARLITO’S WAY”; Don John in ‘MUCH ADO ABOUT NOTHING’; Tosh in ‘SALT OF THE EARTH’; Chino in “West Side Story”; Thurio in “Two Gentlemen of Verona”; D’Estivet  in ‘ST. JOAN’

If you’ve seen Aidey in action on any of our events, please do leave us a little comment below! (No spoilers though please!)